We present you the astronomy calendar for September 2020. Astronomy is the foundation upon which astrology can operate. Actually, astrology and astronomy were treated together, under the Latin name of astrologia, being separated only by the Western 17th century philosophy. One thing is sure: a good astrologer needs to study astronomy. 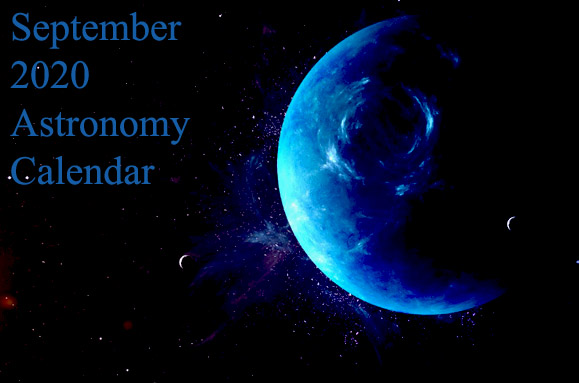 Neptune is at its closest approach to Earth and its face is fully illuminated by the Sun. It is brighter than any other time of the year and is visible all night long. This is the best time to view and photograph Neptune. Due to its extreme distance from Earth, it will only appear as a tiny blue dot in all but the most powerful telescopes.