1st August: Mercury in Cancer opposite Pluto in Capricorn

Sun in Leo opposites Moon in Aquarius. This Aquarius Full Moon announces a day full of surprises, where unconventional behaviour brings more success than being predictable and respecting rules. 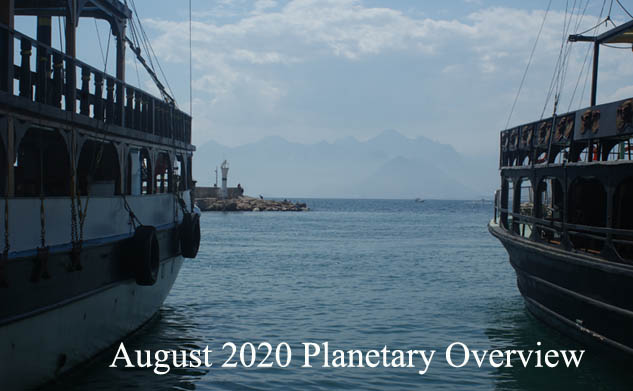 3rd August: Mercury in Cancer opposite Saturn in Capricorn

You need to express yourself and you really know how to promote your ideas.

„Always be yourself, express yourself, have faith in yourself, do not go out and look for a successful personality and duplicate it“. (Bruce Lee)

You often prefer staying at home than going out, even during week-ends. This is the best time to cultivate healthy family relationships.

„A happy family is but an earlier heaven“ (George Bernard Shaw)

Uranus will move backwards until 1st January 2021. Retrograde Uranus show us why we need financial freedom. It will be easier for those who have already obtained it.

„My definition of financial freedom is simple: it is the ability to live the lifestyle you desire without having to work or rely on anyone else for money“. (T. Harv Eker)

Sun conjuncts Moon in Leo. The fiery sign of Leo, ruled by the Sun, is associated with creativity, generosity, self-confidence and leadership qualities. These are the main areas of focus, when the Sun conjuncts the Moon in Leo.

You improve your critical thinking skills. Dealing with details becomes natural and easy.

„The true secret of happiness lies in taking a genuine interest in all the details of daily life“. (William Morris)

You focus on the little details of your life. There are ideal 30 days to get organized and to do detail work.

„A man’s accomplishments in life are the cumulative effect of his attention to detail“. (John Foster Dulles)

25th August: Venus in Cancer opposite Jupiter in Capricorn

30th August: Venus in Cancer opposite Pluto in Capricorn

30th August: Mercury in Virgo opposite Neptune in Pisces