April 2020 New Moon in Taurus – What We Should Learn

On April 23rd, Sun conjuncts Moon in Taurus. This is the April New Moon, an astrological phenomenon concentrating the energies of the zodiac sign in which the two luminaries conjunct (Taurus).

There are different specific affirmations for each zodiac sign. Aries, for example, says „I am“. But Taurus says „I have“. Venus’ influence inclines toward possessiveness and a love of luxury. These traits help Taurus to obtain prosperity, usually through hard work.

So, for this April New Moon in Taurus, the most important lesson is to avoid greed and to develop generosity. We offer you some quotes and, then, a Zen story about greed and generosity. 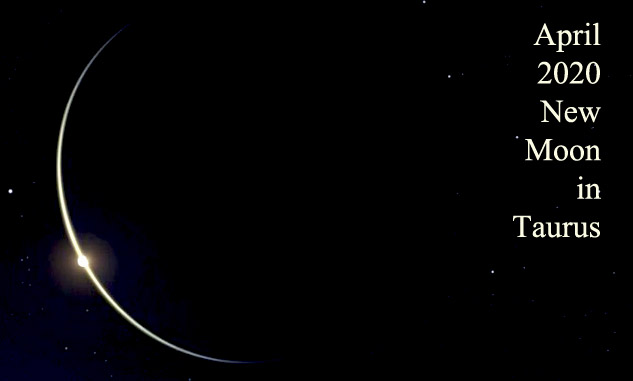 While Seietsu was the master of Engaku in Kamakura, he required larger quarters, since those in which he was teaching were overcrowded.

Umeza Seibei, a merchant of Edo, decided to donate five hundred pieces of gold called ryo toward the construction of a more commodious school. This money he brought to the teacher.

Seisetsu said: „All right. I will take it.“

Umezu gave Seisetsu the sack of gold, but he was dissatisfied with the attitude of the teacher. One might live a whole year on three ryo, and the merchant had not even been thanked for five hundred.

„In that sack are five hundred ryo“, hinted Umeza.

„You told me that before“, replied Seisetsu.

„Even if I am a wealthy merchant, five hundred ryo is a lot of money“, said Umezu.

„Do you want me to thank you for it?“ asked Seisetsi.

„You ought to“, replied Umeza.

„Why should I?“ inquired Seisetsu. „The giver should be thankful“.