Venus in Pisces for Each Zodiac Sign (March 26th-April 20th)

Let’s see how Venus in Pisces influences our life, especially our relationships, between March 26th and April 20th, when this planet transits the sign of Pisces.

In the sign of Pisces the planet of love and beauty is in exaltation, its influence is positive and love is all around. We become more imaginative and sensitive, which is good for our relationships. Let’s see how you are influenced, depending your zodiac sign.

Venus in Pisces for Aries

Once I had a secret love

That lived within the heart of me

All too soon my secret love

Became impatient to be free.

Some Aries will remember Doris Day’s words, during this transit. Aries men and women have a secret love relationship, which brings a lot of thrills, happiness, but also suffering. For example, secrecy sabotages freedom and also suggests lack of commitment. So, do all what to can to fulfil the song’s last words:

At last my heart’s an open door

And my secret love’s no secret anymore. 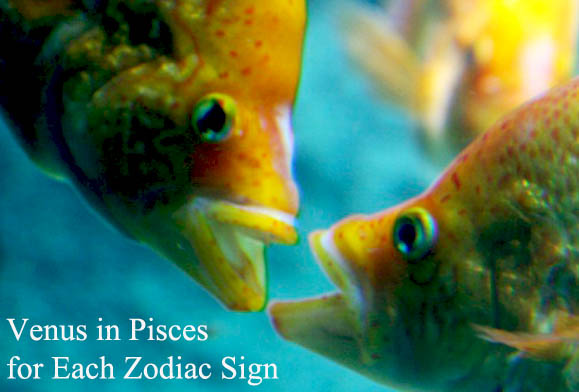 Venus in Pisces for Taurus

Hollywood produced a lot of movies with friends falling in love. You probably remember When Harry met Sally, with Billy Crystal and Meg Ryan, Best Friends, with Burt Reynolds and Goldie Hawn or Friends with Benefits, with Mila Kunis and Justin Timberlake. Taurus men and women will find difficult to understand the difference between friendship and love and some of them will cross the line.

Venus in Pisces for Gemini

This is a good period of time for those Gemini who work in the arts or beauty industry. On the other hand, in their romantic life, Geminis feel attracted by people older than them. This is not quite unusual today – two of the most important countries have leaders who form couples with big age gaps. Donald Trump, the president of United States, is 72 years old, while his wife, Melania Trump, is 48 years old. In France, the president Emmanuel Macron is 41 years old, but his partner, Brigitte Macron, is 65 years old. So, feel like a president and don’t refuse this kind of relationship!

Venus in Pisces for Cancer

There are great chances for those born under the sign of Cancer to meet someone while traveling. During this transit, they can find love on the road. If you like this idea, here are some advices: first, consider a group tour; secondly, remember that hostel activities are the best way to meet people; then, it can be a good idea to party with the locals.

If you are already committed, travel with your spouse! It will be great, for your relationship.

Venus in Pisces for Leo

Leo men and women need to bring more intimacy into their lives. If you share more on social media than you do with your spouse, stop doing it and remember what is more important to you! It is also a problem if you hide aspects of yourself because you want to appear a certain way that you think your partner wants. Just be honest about what you like and don’t hide even your weirdness! If he/she doesn’t accept you, go find someone better!

Venus in Pisces for Virgo

Not only politics is the art of compromise. Compromise is part of life and part of relationships and the critical and perfectionist Virgo has to understand it too, during this Venusian transit. When your needs are far apart, you certainly need to meet in the middle. Sometime is simple and all resumes to „If you’ll do this for me, I’ll do that for you“. Other times, things are more complicated and both you have to rethink your expectations and to be willing to change. If there is true love, you will find the solution!

Venus in Pisces for Libra

For Taurus, we mentioned movies with friends falling in love. For Libras, we have other movie recommendations: office romances. You can watch Two Weeks Notice, with Hugh Grant and Sandra Bullock, No Reservations, with Catherine Zeta-Jones and Aaron Eckhart or The Proposal, with Sandra Bullock, Ryan Reynolds. They will inspire you and will prepare you for what you’ll live, with Venus, planet of love and romance, transiting the house of work and duty.

Venus in Pisces for Scorpio

Attracting new love will be easier for both Scorpio men and Scorpio women, during this transit. This happens because people born under this sign already understood an important lesson: the first step is to learn to accept, value and love yourself, rather than waiting for someone else to love you. And they also understood the law of attraction. This is how the American author Robert Collier expressed it: „See the things that you want as already yours. Know that they will come to you at need. Then let them come. Don’t fret and worry about them. Don’t think about your lack of them. Think of them as yours, as belonging to you, as already in your possession“. This also works in love.

Venus in Pisces for Sagittarius

A past lover may reappear in Sagittarius’ life. If you still have lingering feelings for him or her, this is the best time to understand what you have to do: to give him/her a second chance or to get rid of him/her for real. Get him back or forget him completely! Any decision you make, is good. The only wrong decision is to start a new relationship before fixing the problems with your ex, because it means that your old relationships will affect your current one.

Venus in Pisces for Capricorn

Capricorns will meet someone while traveling, most probably during a short trip. So, if you want to find love, go for a walk!

The most important thing for Capricorn, when Venus transits the third house, is to be intellectually compatible with his/her partner. So, if your conversations never go past small talk or if your relationship is more focused on the physical aspect, you will get easily bored in this relationship. On the contrary, if you can have real conversation and you learn from each other, this period of time will be great!

Venus in Pisces for Aquarius

Most Aquarius will spend money easily, during this transit. The impulse of spending is too powerful to resist, but at least you can assure that you also will spend your money wisely. Don’t be fooled by marketing, don’t buy something on the basis of an advertisement and don’t purchase something just because it’s reduced price! Ask yourself if you really need it!

In relationships, those born under this sign need a partner who makes them feel secure. They need a relationship where the people involved trust one another and each of them is sure that the other person loves them.

Venus in Pisces for Pisces

With Venus transiting their first house, Pisces men and women want to improve their appearance. The first step is to get healthy, how that is very important to drink enough water, to eat healthfully, to get enough sleep and to exercise for at least 30 minutes each day. Only then you must think about visiting a beauty salon. And don’t forget: having a positive attitude will always make you look more attractive. Be charming and friendly and most people will appreciate you!

Between April 20th and May 15th, Venus transits the sign of Aries.

Venus will transit again the sign of Pisces at the beginning of the next year, between January 13th and February 7th. 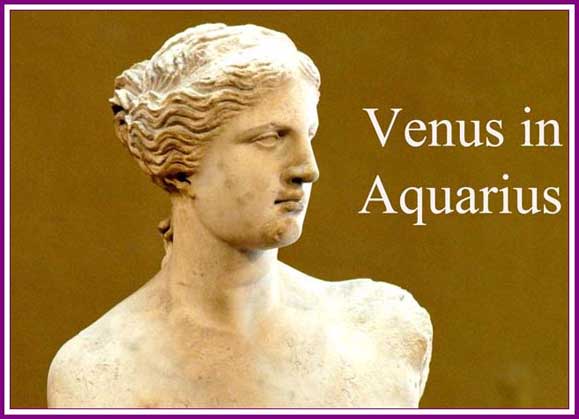 Venus in Aquarius for each zodiac sign (January 18th-February 10th) 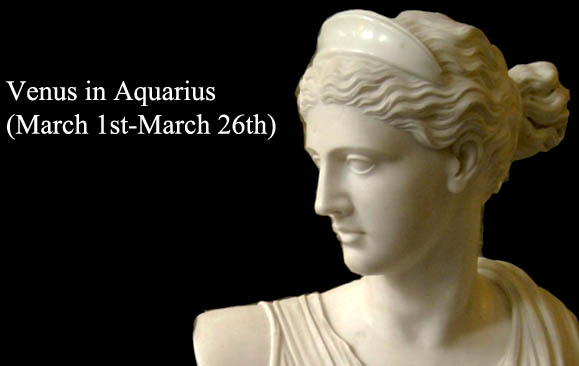 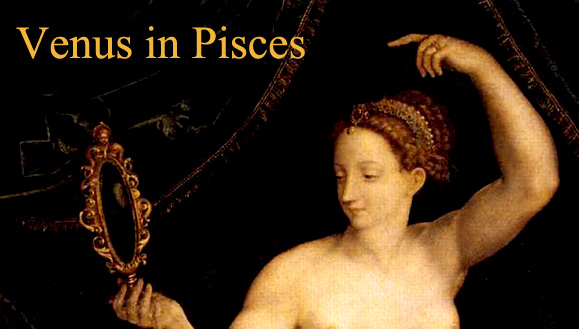