According to the original definition of supermoon – coined by the American astrologer Richard Nolle in 1979 – this is „a new or full moon which occurs with the Moon at or near (within 90% of) its closest approach to Earth in a given orbit (perigee). In short, Earth, Moon and Sun are all in a line, with Moon in its nearest approach to Earth“.

This closest approach to the Earth results in a slightly larger-than-usual apparent size of the lunar disk as viewed from Earth. The real, scientific proved association of the Moon with both oceanic and crustal tides has led to claims that the supermoon phenomenon may be associated with increased risk of events like earthquakes and volcanic eruptions. But there aren’t scientific evidences for that.

Astrologically speaking, a supermoon is interpreted as a more powerful full moon, when the force of this opposition between the Sun and the Moon is increased, depending on the zodiac signs in which the opposition takes place. we present you a supermoon calendar from 2019 to 2030. 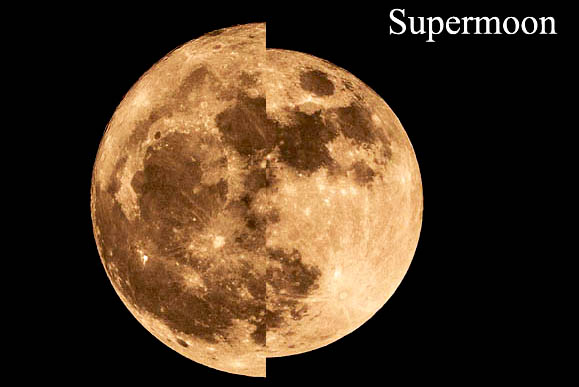