If Jupiter and Saturn meet… – The Great Conjunction in Twin Peaks

Jupiter and Saturn in conjunction – this is the astrological moment when you can enter the extradimensional place called Black Lodge, in David Lynch’s television series Twin Peaks (1990, 1991, 2017). Astrology confirms the importance given in the show to this conjunction, known by the astrologers under the name of Great conjunction. 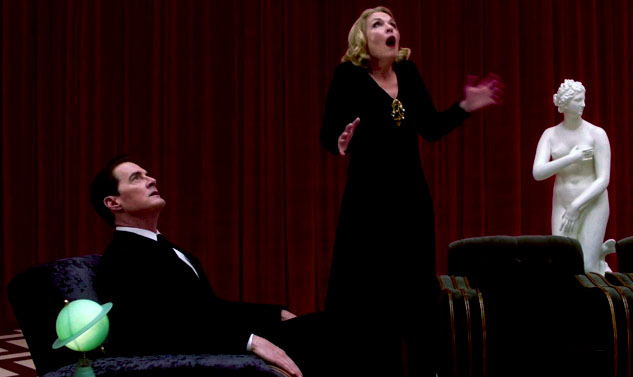 You can see a planet resembling Saturn near Dale Cooper, in the Black Lodge

The Great Conjunction in Twin Peaks

There are three characters talking about the Jupiter-Saturn conjunction, in the second season of David Lynch s movie. The first of them is Major Garland Briggs, in the episode called The Path to the Black Lodge, when he is interrogated by Windom Earle:

Then, in the same episode, Windom Earl uses this information to understand when, where and how is possible to enter The Black Lodge:

Jupiter and Saturn meet Oh, what a crop of mummy wheat The planets our babbling major spoke of are more than distant orbs.

They are, in fact, a clock.

A clock that tells the time.

And the time Time draws nearer with each ticking tock.

The cave painting is an invitation of sorts, telling us when the revels begin.

But what Dale doesn’t know is where to find it.

For, you see, the cave painting is not only an invitation, it is also a map.

A map to the Black Lodge! 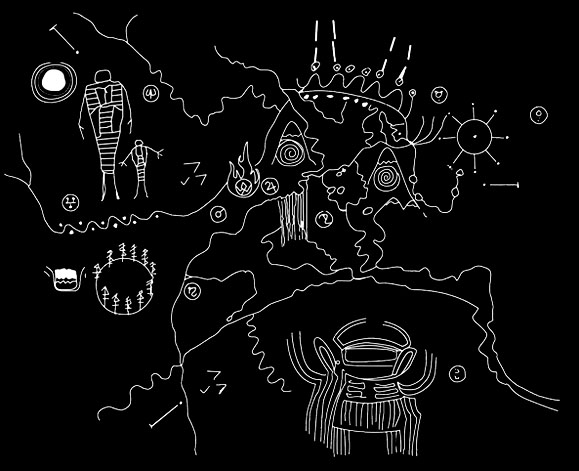 symbols of planets Jupiter and Saturn, in the Owl Cave map and calendar

In the next episode, having the title Miss Twin Peaks, agent Dale Cooper also understands the meaning and the importance of Jupiter-Saturn conjunction:

In the last episode of the second season, with the title Beyond Life and Death, both Windom Earl and agent Cooper will enter the Black Lodge, proving that their astrological interpretation was correct.

The Great Conjunction in Our Dimension

The next Jupiter-Saturn conjunction is on 21st December 2020, in Aquarius.

Jupiter-Saturn conjunction will be the greatest astrological event of 2020, so we will discuss it detail when analysing 2020 horoscope. For the time being, we remember Dale Cooper’s interpretation of this astrological aspect:

When Jupiter and Saturn are conjunct, there are enormous shifts in power and fortune. Jupiter being expansive in its influence, Saturn, contractive. Conjunction suggests a state of intensification, concentration. What this indicates to me is the potential for explosive change, good and bad. 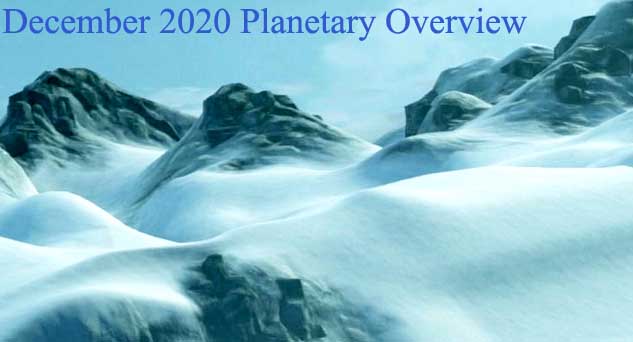 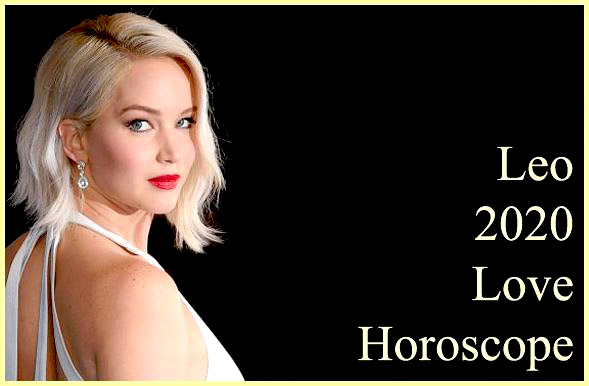