We present you the most important planetary transits and astrological aspects, in October 2019. Pluto, planet retrograde from 24th April, is again direct in Capricorn, starting October 3rd. In order to obtain social and professional recognition, we need to make some inner changes (we understood what kind of changes during the last five months).

Mars in Libra, also starting the beginning of this month (October 4th) announces greater focus on relationships and partnerships. 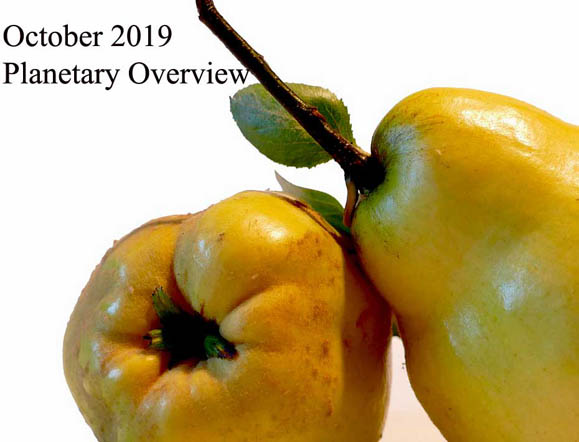 October 3rd: PLUTO AGAIN DIRECT IN CAPRICORN (it was retrograde starting April 24th) – Pluto turned retrograde on April, 24th, showing you that a deep inner transformation is necessary, to find your place in society. Now, you must show what you learned in these five months, projecting a better public image. „All human beings have three lives: public, private, and secret“ (Gabriel García Márquez)

October 3rd: MERCURY ENTERS SCORPIO – Mercury in Scorpio makes you a great observer, especially when it comes to emotions, desires and interpersonal relationships. Politeness is not among your qualities, but sincerity is – sometimes, too much sincerity. „Never regret anything you have done with a sincere affection; nothing is lost that is born of the heart“ (Basil Rathbone)

October 4th: MARS ENTERS LIBRA – There is more focus on relationships. We put much energy into marriage or business partnerships. What one can share with people becomes more important than what divides them. „If we have no peace, it is because we have forgotten that we belong to each other“ (Mother Teresa)

October 7th: Mercury in Scorpio opposite Uranus in Taurus

October 8th: VENUS ENTERS SCORPIO – you tend to have an „all or nothing“ approach in relationships. You are very passionate, but you must learn to overcome jealousy. „The jealous are troublesome to others, but a torment to themselves“ (William Penn)

October 12th: Venus in Scorpio opposite Uranus in Taurus

October 13th: FULL MOON IN ARIES (Sun in Libra opposite Moon in Aries) – today, you stop thinking too much before acting. Spontaneity is good and will help you to achieve your goals, as long as it doesn’t become something else: impulsivity. „Why not seize the pleasure at once? – how often is happiness destroyed by preparation, foolish preparation!” (Jane Austen) More about October 2019 Full Moon in Aries

October 23rd: SUN ENTERS SCORPIO – Sun entering this sign ruled by Pluto announces the best time for self-transformation. The American astrologer Ginger Chalford called Pluto „Planet of Magic and Power“. It is mainly the power to transform yourself, so that you become a person who can achieve his goals.

October 28th: NEW MOON IN SCORPIO (Sun conjunct Moon in Scorpio) – our desires are very strong, today. This is also a good time for occult rituals.  „When your desires are strong enough, you will appear to possess superhuman powers to achieve“ (Napoleon Hill) October 2019 New Moon

October 28th: Sun in Scorpio opposite Uranus in Taurus 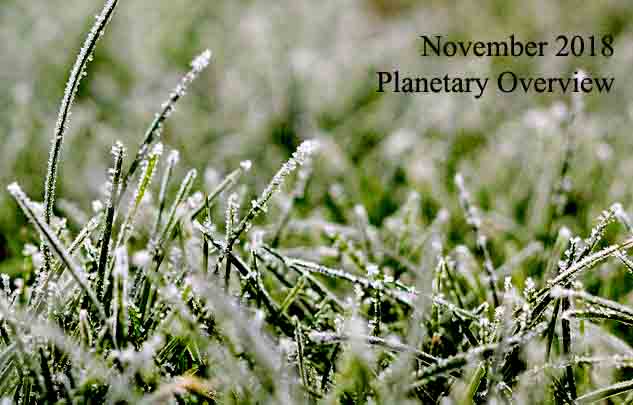