Here you can find the astronomy calendar for September 2018. Astronomy is the foundation upon which astrology can operate. Actually, astrology and astronomy were treated together, under the Latin name of astrologia, being separated only by the Western 17th century philosophy. One thing is sure: a good astrologer needs to study astronomy.

Friday, September 7th: Neptune at Opposition – Neptune is at its closest approach to Earth and its face is fully illuminated by the Sun. It is brighter than any other time of the year and is visible all night long. 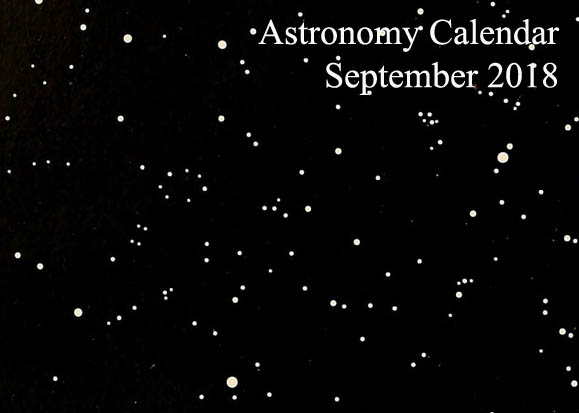 Sunday, September 9: New Moon – The New Moon is when the Sun and Moon are aligned, with the Sun and Earth on opposite sides of the Moon. The new moon is the first lunar phase, when the Moon and Sun have the same ecliptic longitude. At this phase, the lunar disk is not visible to the unaided eye, except when silhouetted during a solar eclipse. This is the best time of the month to observe faint objects such as galaxies and star clusters because there is no moonlight to interfere.

Tuesday, September 25: Full Moon – The full moon is the lunar phase when the Moon appears fully illuminated from Earth’s perspective. This occurs when Earth is located directly between the Sun and the Moon (more exactly, when the ecliptic longitudes of the Sun and Moon differ by 180°). This means that the lunar hemisphere facing Earth – the near side – is completely sunlit and appears as a circular disk, while the far side is dark. This full moon was known by early Native American tribes as the Full Corn Moon because the corn is harvested around this time of year. This moon is also known as the Harvest Moon. The Harvest Moon is the full moon that occurs closest to the September equinox each year. 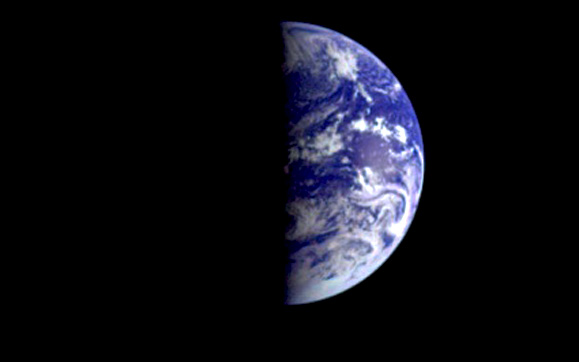