Astronomy is the foundation upon which astrology can operate. Actually, astrology and astronomy were treated together, under the Latin name of astrologia, being separated only by the Western 17th century philosophy. One thing is sure: a good astrologer needs to study astronomy. Here you can find the astronomy calendar for July 2018.

Thursday, July 12: Mercury at Greatest Eastern Elongation – in astronomy, a planet’s elongation is the angular separation between the Sun and the planet, with Earth as the reference point. The planet Mercury reaches greatest eastern elongation of 26.4 degrees from the Sun. This is the best time to view Mercury since it will be at its highest point above the horizon in the evening sky. 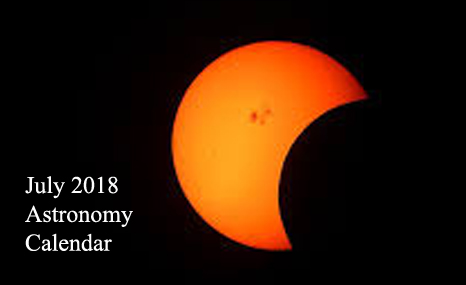 Friday, July 13: New Moon – the New Moon is when the Sun and Moon are aligned, with the Sun and Earth on opposite sides of the Moon. The new moon is the first lunar phase, when the Moon and Sun have the same ecliptic longitude. At this phase, the lunar disk is not visible to the unaided eye, except when silhouetted during a solar eclipse.

Friday, July 13: Partial Solar Eclipse – a solar eclipse occurs when the Moon passes between Earth and the Sun, thereby totally or partly obscuring the image of the Sun for a viewer on Earth. The eclipse will be visible in parts of Southern Australia, such as Melbourne, Stewart Island and Hobart.

Friday, July 27: Full Moon – the full moon is the lunar phase when the Moon appears fully illuminated from Earth’s perspective. This occurs when Earth is located directly between the Sun and the Moon (more exactly, when the ecliptic longitudes of the Sun and Moon differ by 180°). This means that the lunar hemisphere facing Earth – the near side – is completely sunlit and appears as a circular disk, while the far side is dark.

Friday, July 27: Total Lunar Eclipse – a lunar eclipse occurs when the Moon passes directly behind Earth and into its shadow. This can occur only when the Sun, Earth, and the Moon are aligned exactly or very closely so, with the planet in between. Hence, a lunar eclipse can occur only on the night of a full moon. The eclipse will be visible throughout most of Europe, Africa, western and central Asia, the Indian Ocean, and Western Australia.

Friday, July 27: Mars at Opposition – Mars will be at its closest approach to Earth and its face will be fully illuminated by the Sun. It will be brighter than any other time of the year and will be visible all night long. This is the best time to view and photograph the red planet.

Saturday, July 28, 29: Delta Aquarids Meteor Shower – the Southern Delta Aquarids are a meteor shower visible from mid-July to mid-August each year. It peaks this year on the night of July 28 and morning of July 29. 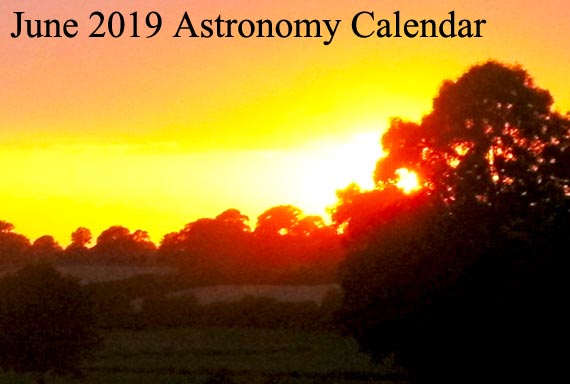