Wednesday, January 31st: Full Moon in Leo and Total Lunar Eclipse (Sun in Aquarius opposite Moon in Leo) – s time for self-expression, with creativity and originality. We fully understand the meaning of Herman Melville’s affirmation: „It is better to fail in originality than to succeed in imitation“. More about Full Moon in Leo

Tuesday, January 30th: Moon in Cancer trine Jupiter in Scorpio – today, you need to say what you feel. „Sincere words are not fine; fine words are not sincere“ (Lao Tzu)

Monday, January 29th: Moon in Cancer trine Neptune in Pisces – today, you are highly sensitive. You are there for your family and friends. „It is because I think so much of warm and sensitive hearts, that I would spare them from being wounded“ (Charles Dickens)

Sunday, January 28th: Mercury in Capricorn square Uranus in Aries – you change your mind too often. But remember: with rare exception. The only bad decision is indecision, followed by inaction!

Saturday, January 27th: Moon in Gemeni trine Venus in Aquarius – just relax and hang out with friends! „It’s a good idea always to do something relaxing prior to making an important decision in your life“ (Paulo Coelho)

Friday, January 26th: Mars enters Sagittarius – Our actions are motivated by our ideals. You need to experiment new things, to meet different people and to visit many different cultures. This is the ideal moment to start anything that requires energy and initiative. „Better to fight for something than live for nothing“ (George S. Patton Jr.)

Thursday, January 25th: Mercury in Capricorn sextile Jupiter in Scorpio – today, it is important to find and recognize business opportunities. „Entrepreneurs are simply those who understand that there is little difference between obstacle and opportunity and are able to turn both to their advantage“ (Niccolo Machiavelli)

Wednesday, January 24th: Mercury conjunct Pluto in Capricorn – the ability of maintaining concentration well will enable you to perform things successfully. „Concentration and mental toughness are the margins of victory“ (Bill Russell)

Tuesday, January 23rd: Moon in Aries square Mercury in Capricorn – today is very hard to decide what to listen: your mind or your heart. „I put my heart and my soul into my work, and have lost my mind in the process“ (Vincent Van Gogh)

Monday, January 22nd: Moon in Pisces trine Mars in Scorpio – you have strong passions today. They can lead you to success. „There is no passion to be found playing small–in settling for a life that is less than the one you are capable of living“ (Nelson Mandela)

Sunday, January 21st: Moon in Pisces trine Jupiter in Scorpio – at the end of this week, we become more generous and more optimistic. „That’s what I consider true generosity: You give your all and yet you always feel as if it costs you nothing“ (Simone de Beauvoir)

Saturday, January 20th: Sun enters Aquarius – Aquarius, the Water-Bearer, is a sign of liberty and we fully understand the importance of being independent. „Those who deny freedom to others, deserve it not for themselves“ (Abraham Lincoln)

Friday, January 19th: Moon in Aquarius sextile Uranus in Aries – today, being emotionally detached can help you a lot. „Attachment is the great fabricator of illusions; reality can be obtained only by someone who is detached“ (Simone Weil)

Thursday, January 18th: Venus enters Aquarius – many people will move towards unconventionality, in their romantic and social relationships. „You will know who truly loves you when you ask them to do an unconventional favour“ (Michael Bassey Johnson)

Venus in Aquarius for each zodiac sign (January 18th-February 10th)

Venus, the Bringer of Peace

Wednesday, January 17th: New Moon in Capricorn (Sun conjunct Moon in Capricorn) – the concentrated energies of the sign help us to initiate professional projects. We also need to improve our public image. „Without ambition one starts nothing. Without work one finishes nothing. The prize will not be sent to you. You have to win it“ (Ralph Waldo Emerson)

Monday, January 15th: Moon conjunct Mercury in Capricorn – you need to organize your space and organize your time and you need to work in an organized way. „Organizing is what you do before you do something, so that when you do it, it is not all mixed up“ (A. A. Milne)

Sunday, January 14th: Sun in Capricorn square Uranus in Aries – we make some controversial decisions, assuming risks, but also provoking scandals. „Whenever you see a successful business, someone once made a courageous decision“ (Peter F. Drucker)

Saturday, January 13th: Mercury conjunct Saturn in Capricorn – today, you succeed to speak less and say more. „To talk well and eloquently is a very great art, but that an equally great one is to know the right moment to stop.” (Wolfgang Amadeus Mozart)

Friday, January 12th: Moon conjunct Vesta in Scorpio – you dedicate yourself to a cause and you can fight for your ideas. „Any job very well done that has been carried out by a person who is fully dedicated is always a source of inspiration“ (Carlos Ghosn)

January 11th: Mercury enters Capricorn – we learn how to organize our brain for better productivity. We communicate better with authority figures. „Knowing that what you are doing is the most important thing for you to be doing at that moment is surprisingly powerful“ (Daniel J. Levitin)

Wednesday, January 10th: Sun in Capricorn sextile Mars in Scorpio – you start to fulfil your most important career goals. „Work to become, not to acquire“ (Elbert Hubbar)

Tuesday, January 9th: Sun conjunct Venus conjunct Pluto in Capricorn – a good day to discover your talents, to find your creative genius.  „Being deeply loved by someone gives you strength, while loving someone deeply gives you courage“ (Lao Tzu)

Monday, January 8th: Sun in Capricorn sextile Jupiter in Scorpio – you can attract good things into your life, especially in career and business. „To accomplish great things we must not only act, but also dream; not only plan, but also believe“ (Anatole France)

Sunday, January 7th: Mars conjunct Jupiter in Scorpio – this is the ideal moment to start anything that requires energy and initiative. „They always say time changes things, but you actually have to change them yourself“ (Andy Warhol)

Saturday, January 6th: Mercury in Sagittarius trine Uranus in Aries – you find the courage to speak your truth. „It took me quite a long time to develop a voice, and now that I have it, I am not going to be silent“ (Madeleine K. Albright)

Friday, January 5th: Moon in Virgo trine Saturn in Capricorn – you feel more in control of yourself and your actions. „Self-control is strength. Right thought is mastery. Calmness is power“ (James Allen)

Thursday, January 4th: Moon in Leo trine Mercury in Sagittarius – it takes courage to tell the true. Today, you got this courage. „It takes a great deal of bravery to stand up to our enemies, but just as much to stand up to our friends“ (J.K. Rowling)

Wednesday, January 3rd: Venus in Capricorn sextile Neptune in Pisces – try to be romantic, today! Your partner will appreciate it a lot. „In your light I learn how to love. In your beauty, how to make poems. You dance inside my chest where no-one sees you, but sometimes I do, and that sight becomes this art“ (Rumi)

Tuesday, January 2nd: Full Moon in Cancer (Sun in Capricorn opposite Moon in Cancer) – intense emotions and strong feelings; we need balance between heart and brain, between family and work, between marriage and friends. „The best and most beautiful things in the world cannot be seen or even touched. They must be felt with the heart“ (Helen Keller)

Monday, January 1st: Moon in Cancer opposite Saturn in Capricorn – we are restless and we have a lot of original ideas. „I could not help it: the restlessness was in my nature; it agitated me to pain sometimes“ (Charlotte Brontë) 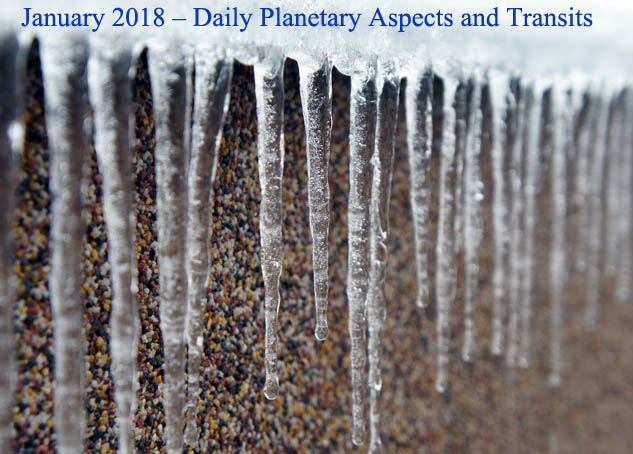 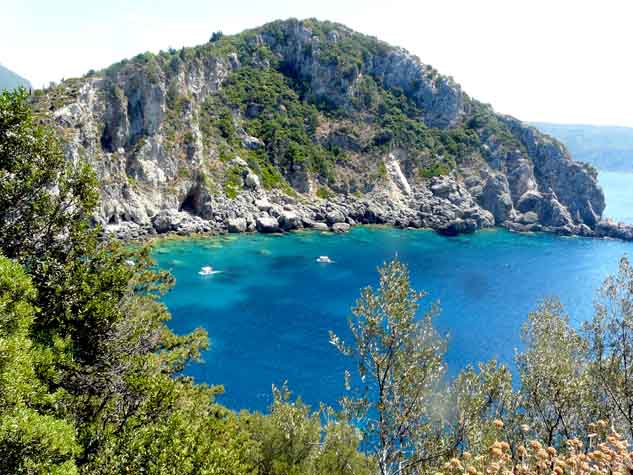 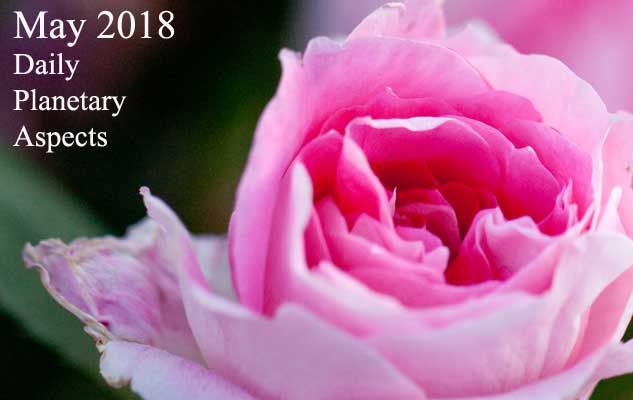 May 2018 – Daily Planetary Aspects and Transits 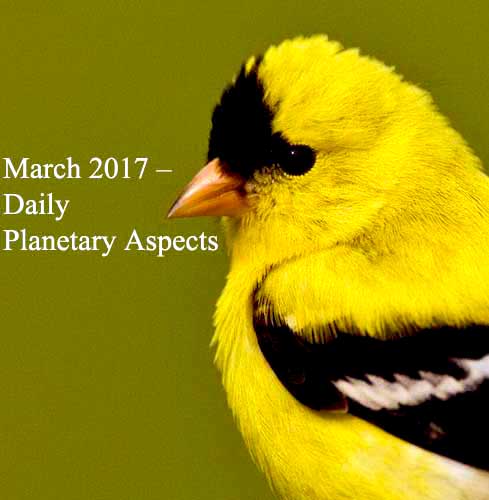