Until March 13th, with Mercury transiting the twelfth house, Aries starts keeping to himself his ideas and plans for the future. And there is another change of behaviour and communication style: he is no more in hurry and he renounces to his usual conversation pattern: „shoot first, ask questions later“. So, there will be, for two and a half weeks, a calmer and introspective Aries.

Starting from March 4th, with Venus retrograde in the first house, you need to improve your physical appearance. First you have to identify what you like and what you don’t like about your appearance. Then, make a realistic action plan: eat healthfully, exercise, wear perfume or cologne, maybe change your fashion style and start buying some clothes.

On March 28, the New Moon in Aries offers you an opportunity to reinvent yourself or to start something new. Right now, it is essential to open your world to new possibilities: meet new people, visit new places, start taking guitar lessons, aikido classes, start learning a new language! 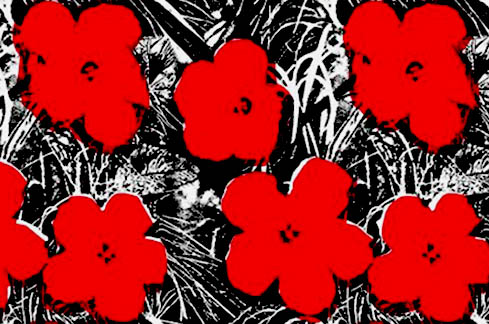 Having Mercury in the eleventh house, Taurus likes to have many people around him, until March 13th.  He is friendlier than ever and develops his group working skills. Taurus listens to every person in the group, knows how to avoid conflicts and how to make each team member do his best.

Starting from March 4th, Venus retrograde transits your twelfth house. You become more compassionate. Being compassionate makes you help other people, but there are also some benefits for yourself: The main benefit is that it helps you to be happier, and brings others around you to be happier.

On March 27th, Mars in Taurus sextile Neptune in Pisces and this is an ideal time for a romance. Now, it is possible to turn an old friendship into love. First, you can’t wait to see him/her. Then, you discover that you’re mad jealous. Then, the way you touch changes and the romance is beginning!

Mercury in the 10th house, until March 13th, gives Gemini a good professional start, for 2017 spring. All Gemini already have great social skills and know how to make conversation. During these three weeks, Mercury helps them to use conversational skills at work. And there will be many opportunities: conferences, receptions, seminars, meetups, business dinners and banquets. Don’t miss these events, because they represent excellent opportunities for you to prove your qualities and to socialize with colleagues, bosses and employees!

Starting from March 4th, Venus retrograde enters your eleventh house. There may be some complications with friendships. A good way to strengthen the bond with your friends is a reminder of past good time. But making plans together for the future is also very useful.

On March 26th, with Mercury conjunct Uranus in Aries, also in the eleventh house, you meet new and unusual people. You are attracted to free spirited men and women and you consider that lack of originality is a sin worse than all the others. And you avoid committing this unpardonable sin by becoming very original.

On March 10th, with New Moon in Aries and in the tenth house, it is the proper time for Cancer to develop new business and career plans and goals. You can try the SMART system for your career goal, meaning that each goal has to be SPECIFIC (when you write a goal, be clear and detailed. For example, „write more articles“ is not specific, but „write at least one article about each sun sign“ is specific), MEASURABLE (establish concrete criteria for measuring progress, asking questions such as: how much? how many?), ATTAINABLE (goals need to be reasonable and achievable for you. A goal should be a challenge, but also achievable), REALISTIC (you have to be honest about how long it will take you to achieve your goal and how you will get it done. You need both the ability and the commitment to make your dream come true) and TIME-BASED (goals need to have a time frame. You should take small steps to complete your goal by the deadline).

Starting March 4th, Venus retrogrades transits your tenth house. It is more important than before to feel comfortable at work. You learn to avoid a tense environment. Instead, you create a receptive atmosphere and you use friendly jokes 0 humour always encourages people to work together.

Until March 13th, having Mercury in the eighth house, Leo has a lot of confidence in his beliefs. He uses his intuition to make good decisions and this inner voice never lies. Einstein expressed this sentiment best: „I believe in intuitions and inspirations… I sometimes FEEL that I am right. I do not KNOW that I am“. Creativity is enhanced, during this transit.

Starting March 4th, Venus retrograde transits your ninth house. This is a good time to create a strategy for long-term growth. The American computer scientist Alan Kay said that the best way to predict your future is to create it. It is vital to have a sense of what your future will be.

On March 28th, with the New Moon in the ninth house, you don’t want to be limited by boundaries or barriers. You need expansion and growth and there are people who can help you to grow. Right now, you are the special talent to discover those people.

With Mercury transiting the seventh house until March 13th, Virgo improves communication with his partner. Common relationship problems, like lack of communication, infidelity or loss of libido can be solved now. One on one meetings and discussions will improve things. Most of the Virgo will feel happy spending time with their partner. Good news also for business partnerships – now, you will choose the best people, for developing your business.

Starting March 4th, Venus retrograde transits your eighth house. You need to revive intimacy in your romantic relationship. Share your fantasies and try something new! Just be sure that both off you are enjoying it.

On March 12th, the Full Moon in Virgo (in your first house), maybe this is the best time for a new look. You can start changing your wardrobe. Changing your hairstyle is another great idea. You can find a celebrity style muse – someone whose style and attitude you really love. But always remember that it is more important to build your personal style.

Libra’s mind is focused on work, with transit Mercury in the sixth house, astrological house of routine tasks and duties, until March 13th.. Libra succeed to beat distraction and to keep concentration on the things that really matter. Therefore, his job performance will be much better. So, good news for bosses and businesses with Libra employees!

Starting March 4th, Venus retrogrades in your seventh house. You need to communicate effectively to your partner. This is not very difficult for a Libra, sign with great diplomatic and even empathic skills. Just focus more on your relationship and things will be better!

On March 30th, Jupiter in Libra square Pluto in Capricorn. Most probably, you will have to deal with difficult relatives. Don’t expect of your family members more than they are capable of. So, you won’t be disappointed. In some extreme cases, you need to push a family member out of your life, at least for some time.

With Mercury transiting the fifth house in the first half of the month, for Scorpios who have children, now it is the moment to spend more quality time with them. Play children’s games, eat some ice-cream together, go to the cinema and watch an animation movie! For all Scorpios, Mercury in the fifth house also brings a lot of creativity. They use this creativity both in their everyday life and in the workplace.

Starting March 4th, Venus retrogrades in your sixth house. It is time to establish a harmonious work environment through friendly relations with co-workers. At the beginning, devoting as little as 10 minutes of your work day to build relationships can make the difference.

On March 27th, Mars in Taurus sextile Neptune in Pisces. Good news for your love life: this is a good day for a date or for a declaration of love. Talk about your intense feelings of love and about your strong desires!

Starting from March 4th, with Venus retrograde in the fifth house, you need to make your life and your relationship more romantic. Leave him/her some love notes, find new ways to spend time together and – if possible – plan a surprise vacation. And don’t forget to be appreciative of your partner!

On March 29th, Mercury in Aries trine Saturn in Sagittarius. You give some advice that actually helps, probably to your child or another young person. This is because you avoid judging, but you are honest about what you feel and what you think. You are there with kindness instead of words and you offer long-term support.

With Mercury in the third house until March 13th, for the traditionalist Capricorn, this is the best time to start learning something new. Doing something different each day will also help him a lot during this transit, when getting out of the comfort zone is a must. „Live as if you were to die tomorrow. Learn as if you were to live forever!“ (Mahatma Gandhi)

Starting from March 4th, with Venus retrograde in the fourth house, you want to live in a nicer place and probably you’ll buy new items for your home. Loyalty in your relationships is more important to you than before. According to psychologist Offra Gerstein, being loyal means many different things: never saying anything that may shame your mate in private or public, keeping confidences without fail, reassuring your partner that you will be there emotionally and physically, whenever you are needed.

Communication related activities become profitable for Aquarius, until March 13th, having Mercury in the second house. You smile a lot, you are an active listener, you pay attention to your outward appearance. Aquarius natives also use their intellectual qualities to make money and most of them succeed to well manage their finances.

Starting from March 4th, with Venus retrograde in the third house, you need to improve your communication skills. For example, it is very important, in a discussion, to show respect for other. And even the revolutionary Aquarius, ruled by the disrespectful Uranus, must understand it. It is also important to think before you respond to a question. So, you can avoid to give an emotional response, that later will be regretted.

On March 27th, Mars in Taurus sextile Neptune in Pisces. Your imagination can help your business grow. It is a good idea to look around and to trust your observations, instead of following what other people tell you to do.

Usually, Pisces try to be secretive about many things, especially about their personal projects and about feelings. With Mercury in their own sun sign until March 13th, Pisces people stop hiding. They reveal their secrets and they express easier their feelings. The values of their sun sign – intuition, creative imagination, sensitivity – are appreciated by a lot of people, when Mercury is transiting Pisces. So, they feel better in relationships, having a common ground with the one they communicate.

Starting from March 4th, with Venus retrograde in the second house, you are not satisfied with the money you make. You think that more money would make you happier and you don’t care if others say that this is not true. You want to verify yourself.

On March 17th, Sun in Pisces square Saturn in Sagittarius. It is difficult for you to manage relationships with your boss or your employer. Use your intuition and your empathic qualities and you will handle it! 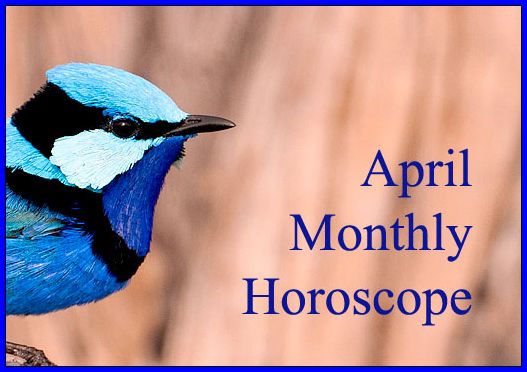