The Sînziene festival is a Romanian traditional celebration of the summer solstice, celebrated annually on June 24th. The Romanian Orthodox Church affirms that Sînziene is related to the celebration of Saint John the Baptist’s Nativity, which also happens on June 24th. But the name of this festival and the rituals associated with it contradict this claim. Sînziene is, actually, a pagan festival dedicated to fairies, which are considered connected with the ancient Diana, Roman goddess of the hunt, the moon and the nature (counterpart of the Greek goddess Artemis). In his book „Occultism, Witchcraft, and Cultural Fashions: Essays in Comparative Religion“, the Romanian historian of religion Mircea Eliade offers some valuable information about the cult of Diana and of „zîne“.

„The „zîne“, the fairies who show in their own name their descent from Diana, display a rather ambivalent character. They can be cruel, and for this reason it is safer not to pronounce their name. one refers to them as „The Holy Ones“, „The Munificent Ones“, „The Rosalia“ or simply „They“ (Iele). The fairies are immortal but look like beautiful girls, playful and fascinating. They are clothed in white, with their breasts nude, and are invisible during the day. They are provided with wings, and they fly through the air, especially at night. The fairies love to sing and dance, and on the fields where they have danced the grass looks as if burnt by a fire“.

WHY IS DANGEROUS TO MEET SÂNZIENE, THE FAIRIES

„They strike with illness persons who see them dancing of who fail to respect certain interdictions. Among the diseases which they cause, the most common are psychomental affections, rheumatism, hemiplegia, epilepsy, cholera and the plague. All these maladies are successfully cured by the choreographic and cathartic ritual of a group of dances, who constitute a sort of secret society (Mannerbund) called „călușari“, a name derived from the Romanian term for „Horse“, cal (˂Lat. caballus)“.

Calusari and their magical powers

„Let us now turn to the second Latin word which played an important role in Romanian folk beliefs: „Diana“. The 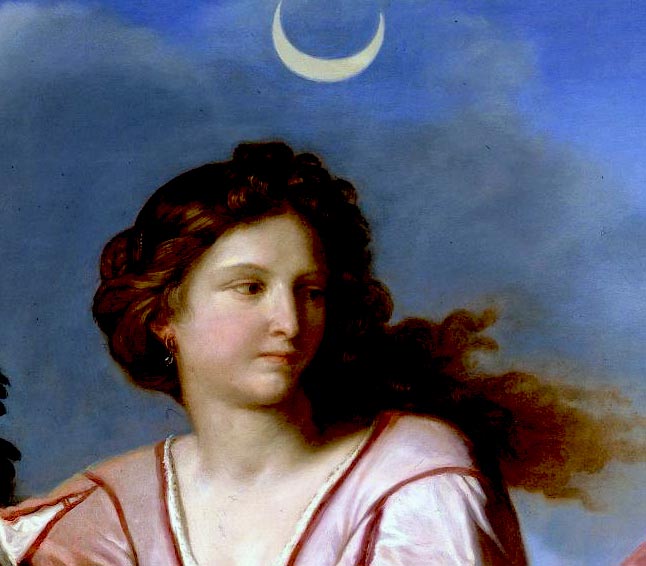 history of this goddess in the ancient province of Dacia (the Carpatho-Danubian regions inhabited now by Romanians) may throw unexpected light on the development of European witchcraft in general. Indeed, among the Western peoples speaking Romance languages – Italian, French, Spanish, Portuguese – medieval references to beliefs and rituals related to Diana may, in the main, be suspected of reflecting the opinion of learned monks familiar with Latin written sources.

No such suspicion can arise with regard to the history of Diana among Romanians.  The very name of the goddess became in Romanian „zîna“ (˂dziana), meaning „fairy“.  Moreover, there is another word deriving from the same root: „zînatec“, meaning „one who is thoughtless, scatter-brained or crazy“, that is „taken“ or possessed by Diana or by the fairies. It is very probable that the name Diana replaced the local name of an autochthonous Thraco-Getic goddess. In any case, the archaism of the rituals and beliefs related to the Romanian Diana is unquestionable“.

MIDSUMMER CELEBRATION AROUND THE WORLD

There are many other festivals around the world, in the period of time centred upon the summer solstice.  In Sweden, the Midsummer is so important that there have been discussions to make the Midsummer’s Eve into the National Day of Sweden, instead of June 6. During the Viking age, Midsummer rituals were centred on fertility, patronized by the God Freyja or Freyr. In Denmark, Midsummer also has been celebrated since the times of the Vikings. This celebration is called sankthans or sankthansaften. It is the day where the medieval wise men and women (the doctors of that time) would gather special herbs that they needed for the rest of the year to cure people.

Romanian Modern song related to Sînziene and rituals associated with this celebration: 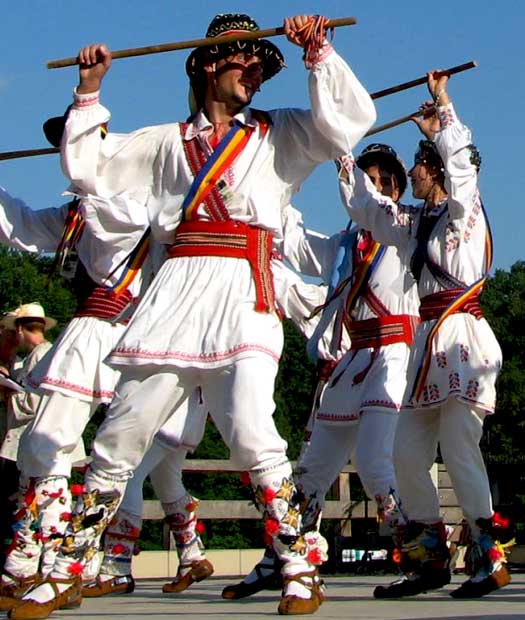