Anulios, the Second Moon of the Earth: What Gurdjieff Writes about „the Moon That Never Allow You to Sleep in Peace“

In the first volume of his trilogy, „All and Everything“, George Ivanovitch Gurdjieff claims the existence of the second Moon of the Earth, called Anulios. He claimed that Anulios was his first name, at the beginnings of our planet, but then, in the last period of existence of Atlantis, this second Moon received another name – Kimespai, which meant „ never allowing one to sleep in peace“.

According to Beelzebub’s teachings, when our solar system was till young, a large comet named Kondor intersected Earth’s orbit to closely and a collision ensued. The result of this violent collision was that two fragments of Earth break off: the Moon as we all know it and the second Moon, Anulios. 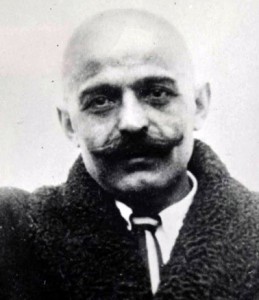 Here are the pages where Gurdjieff speaks about Anulios: „The larger of these two fragments was named «Loonderperzo» and the smaller «Anulios»; and the ordinary three-brained beings who arose and were formed on the Earth knew them by these names. But the beings of later times gave them different names at different periods, and more recently the larger fragment has come to be called «Moon», but the name of the smaller one was gradually forgotten. As for the beings there now, not only have they no name at all for this smaller fragment, but they do not even suspect its existence.

It is interesting to note that the beings of a continent on that planet called «Atlantis», which later disappeared, still knew of this second fragment of their planet and also called it «Anulios». But the beings of the last period of existence of that continent, in whose general presences there were already crystallized the results of the consequences of the properties of the organ called «kundabuffer»—about which, it now seems, I shall have to explain to you even in great detail— called it «Kimespai», which meant «never allowing one to sleep in peace».

The contemporary three-brained beings of this peculiar planet do not know about this former fragment, chiefly because its comparatively small size and its remoteness make it quite invisible to them, and also because no «grandmother» ever told them that once upon a time any such little ‘satellite’ of their planet had been known.

And if one of them should by chance catch sight of it through that excellent yet childish toy of theirs called a ‘telescope,’ he would pay no attention to it, simply mistaking it for a big «aerolite».

Contemporary beings will probably never see it again, since it has become proper to their nature to see only unreality.

Let us give them their due, during recent centuries they have indeed most «artistically» mechanized themselves to see nothing real“. 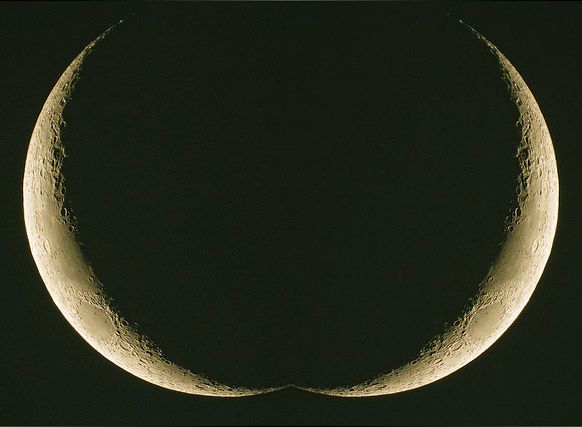 The apparition of the two fragments, the Moon and Anulios, is alsp the cause for the disaster of Atlantis, as Beelzebub describes in another chapter, as you can see below: „The second catastrophe to the planet Earth,’ continued His Conformity, ‘was due to the following circumstances:

«When, during the first disaster, two large fragments were detached from this planet, the «center of gravity» of its entire presence had no time to shift to a corresponding new position. As a result, right up to the time of the second catastrophe, this planet existed with its «center of gravity» out of place, thanks to which ifs movement during that whole period was not uniformly harmonious and there often occurred, both within and upon it, various upheavals and displacements And it was just when the «center of gravity» finally shifted to the true center of the planet that the second catastrophe occurred.

But from now on, added His Conformity with a shade of self-satisfaction, ‘the existence of this planet will be quite normal from the point of view of common-cosmic harmony. This second cataclysm has finally put our minds completely at rest, and has convinced us that a catastrophe on a cosmic scale can never again occur on account of the planet Earth. ‘Not only has this planet once more acquired a normal movement in the general cosmic equilibrium, but its two detached fragments, now called «Moon» and «Anulios», have also acquired a normal movement and have become independent, though small, «kofenshars», that is, additional planets, of the solar system Ors».“

Share the post "Anulios, the Second Moon of the Earth: What Gurdjieff Writes about „the Moon That Never Allow You to Sleep in Peace“"