How Many Planets Are There? Astronomy, Not Really an Exact Science 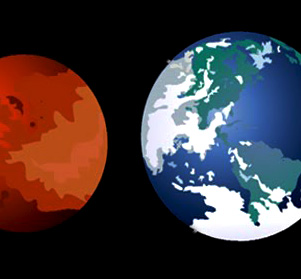 Astronomy is an exact science, astrology not – you heard it so many times, didn’t you? Well, astronomy is not as accurate and exact as scientists pretend. Did you know that, 200 years ago, astronomers claimed that there are eleven planets in our solar system? And Pluto was not even discovered! Then, the astronomers decided that there are only 8 planets in our solar system. In 1930, the things changed again and the science of astronomy decided that there are 9 planets! Only until 2006, when, from a scientific point of view, the number of planets changed again. Let’s see the facts – how nothing really changed in the sky, but everything changed in astronomers theories:

1807-1845 – ELEVEN PLANETS IN THE SKY:  At the beginning of the 19th century, astronomers discovered four new objects orbiting the Sun (Ceres, Pallas, Juno and Vesta) and immediately listed them as planets. So, between 1807 and 1845, astronomers claimed that there are 11 planets orbiting around our Sun. This is the official list of the 11 planets: Mercury, Venus, Earth, Mars, Vesta, Juno, Ceres, Pallas, Jupiter, Saturn and Uranus.

1854-1930 – FOUR PLANETS MISSING! After forty years, astronomers realized that the four new bodies classified as planets were quite different from the traditional ones. They were smaller and they shared the same region of space, between Mars and Jupiter. And there were not only four of them: between 1845 and 1851, they were discovered Astraea, Hebe, Iris, Flora, Metis, Hygiea, Parthenope, Victoria, Egeria, Irene and Eunomia, having similar characteristics. Then, all of them were reclassified as asteroids and the official list of the 8 planets included Mercury, Venus, Earth, Mars, Jupiter, Saturn and Uranus. 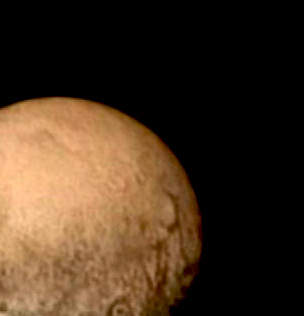 1930-2006 – PLUTO, THE NINTH PLANET: Pluto was discovered by Clyde Tombaugh in 1930 and was considered the ninth planet from the Sun. For six years, everybody agreed. But, after discovering that the body of Pluto is much smaller than of any other known planet, astronomers proposed different solutions. One of them suggested that Pluton may be an escaped satellite of Neptune. Another one believed that Pluto is actually a comet. But, officially and scientifically, Pluto remained a planet for 76 years! So, another official list of the 9 planets: Mercury, Venus, Earth, Mars, Jupiter, Saturn, Uranus and Pluto.

2006 – GOODBYE, PLUTO! During the 1990s and early 2000s, many objects quite similar to Pluto had been found in the same region of the Solar System, named the Kuiper Belt. There were some discussions about considering some of these objects (such as Quaoar, Sedna or Eris) as the tenth planet. But astronomers have chosen a different solution: they created a new definition of what is a planet and they decided that Pluto is no more a planet, but only a dwarf planet, like Ceres (which had also been considered planet in the past), Haumea, Makemake and Eris. So, from 2006, there is a new official list of the 8 planets: Mercury, Venus, Earth, Mars, Jupiter, Saturn, Uranus and Neptune. There are, officially, 8 planets. I wonder how long.