Juno – the Asteroid of Marriage

When talking about long-term relationships and marriage, Juno is the most important element on a natal chart. This asteroid was discovered at the beginning of the 19th century, in 1804. Until 1845, Juno was considered a planet. Then, astronomers reclassified it as an asteroid and minor planet. So were Ceres, Pallas or Vesta, discovered before Juno and also considered planets for some decades. From an astrological point of view, it doesn’t matter so much if Juno is considered planet (as it was for 41 years) or asteroid (as it is nowadays). What matters is his influence in our life.

The influence of the asteroid Juno in our life can be understood if we know some mythology. The Roman 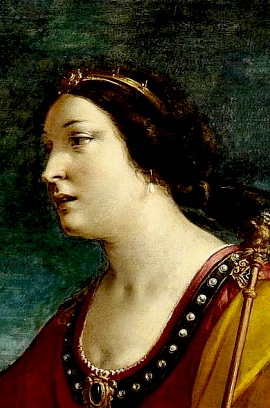 goddess Juno (her Greek equivalent being Hera) was a goddess of marriages and unions. One of her names was Juno Cinxia (she who loses the bride’s girdle). Juno hadn t a happt marriage. Her husband Jupiter (the Greek Zeus, king of the Gods) cheated her with many other women and goddesses. So, the queen of Gods, became jealous and even aggressive. She started to kill the children that Jupiter had with his other partners, like Hercules of Dionysus. So, she is considered in astrology not only a protector of marriage and especially of married women, but also an indicator of what one needs to feel that one has a successful marriage.

In the natal chart, Juno represents the emotional and psychological needs that motivate us to seek unity through marriage. It offers details about the future husband (of wife). It also oofers details about your lives together as a couple. The sign and house position of Juno, the aspects this asteroid makes with other asteroids and planets, as well as Juno’s transit, all these elements help us to answer to many questions. What kind of partner is right for me? What type of partner do I attract? What kind of partner am I? Will I be celebrating my 50th wedding anniversary?

According to Office for National Statistics, there were 114.720 divorces in England and Wales in 2013. For those married in 1968, 20% of marriages had ended in divorce by the 15th wedding anniversary. For those married in 1998, almost a third of marriages (32%) had ended by this time. In USA, there were 832.157 divorces in 2013 and 813.862 divorces in 2014. The most common reasons for divorce are: lack of commitment, too much arguing, infidelity, marrying too young and lack of equality. These problems can be discovered in the natal chart, studying Juno and his aspects and transits. We’ll offer you some examples.

Pope John Paul II postulated, in his book „Love and Responsibility“, that monogamy is the only mean of making true human love possible. But, according to Washington Post, in a 1991 study, researcher Shere Hite found that 70 per cent of married women have cheated on their partners. A 1993 follow-up study found that 72 per cent of married men have as well. So, although he was an ancient God, Juno’s husband behave like most men and women today. Instead, Juno did vow of fidelity. You can find signs of fidelity as well as of infidelity in the natal chart of a man or of a woman.

For example, Juno in hard aspect with Neptune is an indicator of illicit and secret love affairs. If Mercury or the sign of Gemini, ruled by Mercury, is also implied, there are chances that this infidelity occurs not only once. Once a cheater, always a cheater, isn’t it? What about Juno and fidelity in the natal chart? Well, let’s say that is a good sign to have Juno conjunct Saturn or Juno in Capricorn, the sign ruled by this planet. Juno in Cancer is also dedicated to the one she (or he) loves. But there are some planetary aspects that can transform this dedication into something else. 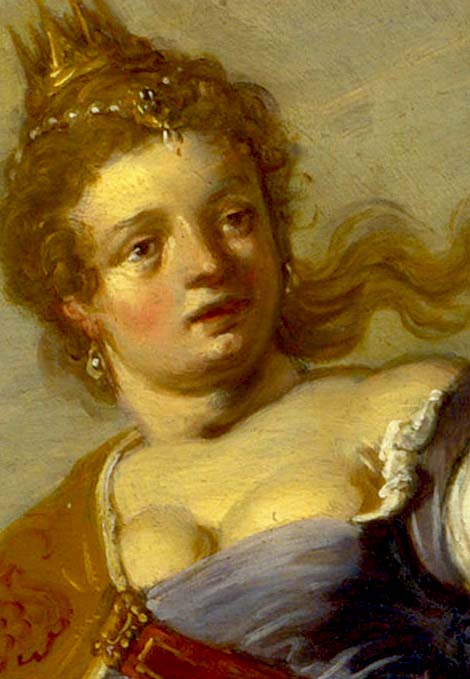 Abnormal, morbid or psychological jealousy has nothing to do with partner’s behaviour. It can be attributed to extreme immaturity, insecurity or an obsession for control. This kind of extreme possessiveness is indicated, on the natal chart, by Juno in hard aspect with Scorpio’s rulers, Mars and Pluto, or sometimes by Juno retrograde in Taurus (especially in a man’s natal chart) or in Cancer (especially in a woman’s natal chart).

In the Roman legends, Juno has abandoned her power to her husband Jupiter, at the beginning of their marriage. He used it to oppress and to cheat her. Then, she did not resign herself, but has chosen the struggle to overcome her helplessness. And so, the cooperation, essential in any successful romantic relationship, has been replaced by competition and even conflict. And, when there is a high conflict in a marriage, the risk of divorce is highly increased.

The study of Juno in synastry charts of marriage offer us valuable information about how compatible we really are with our partners. It is a great idea to study a synastry chart, before taking a relationship to the next step. You can find out that your Juno conjunct with your partner’s Mercury indicates good communication, but also that Juno in stressful aspect with Saturn indicates that an early marriage may not be the best idea. Of course, astrological information should not be regarded as absolute and unchangeable truths, but they can be used like a map or like Ariadna’s thread, helping to orientate ourselves in the labyrinth of relationships.

Do you want to know more about Juno and marriage in your natal chart? Or you are already married and confronting some of the problems described above? CONTACT US for a detailed analysis of marriage and relationships on your natal chart!