Pisces and the Christian Fish: astrological symbols in the Gospels and Jesus’ date of birth

What is the connection between the Pisces zodiac sign and the Christian symbol of the fish? The sign of the fish or the Jesus fish (the Greek word ichthys or ichtus, meaning fish) was a secret symbol used by early Christians.  The Fish is also a omnipresent symbol in the Gospels. At least four of the twelve apostles were fishermen: Andrew, Simon Peter, John and James the Elder. This is why Jesus commissions them with the words „I will make you fishers of men“. There are two miraculous catches of fish. Then, the feeding of the 5 000 is also known as „The miracle of the five loaves and two fish “. In the Parable of Drawing in the Net, Jesus compares the Father at the final Judgement with a fisherman:

„Once again, the kingdom of heaven is like a net that was let down into the lake and caught all kinds of fish. 48 When it was full, the fishermen pulled it up on the shore. Then they sat down and collected the good fish in baskets, but threw the bad away. 49 This is how it will be at the end of the age. The angels will come and separate the wicked from the righteous 50 and throw them into the blazing furnace, where there will be weeping and gnashing of teeth“. (Matthew 13: 47-50) 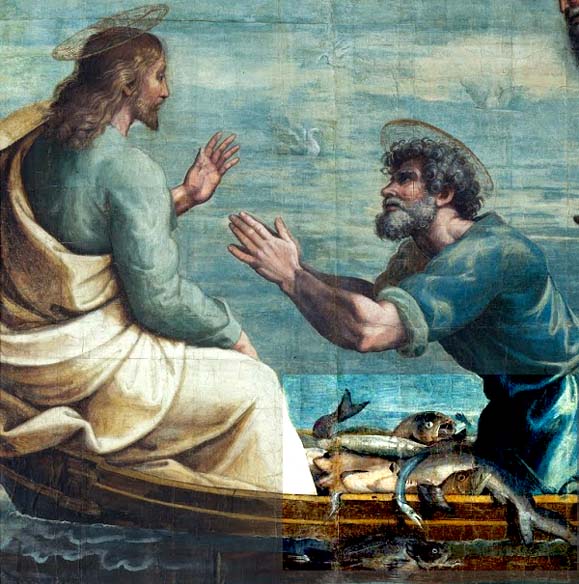 Traditional date of birth: December, 25th, 1 A.D – Sun in Capricorn and the Fulfilment of the Law

Jesus Christ’s traditional date of birth is December, 25th, 1 AD. But this date was probably chosen to coincide with Saturnalia’s concluding day. Saturnalia had nothing to do with Christ or Christianity, being an ancient Roman festival in honour of the God Saturn and marking the Winter solstice. The first leaders of the Christian Church tried, doing so, to make their religion more meaningful to pagan converts.

The Gospels of the New Testament inform us that, in the night Jesus was born,  „there were shepherds living out in the fields nearby, keeping watch over their flocks at night“. Flocks did not live in the open air during winter, so the traditional date is hard to accept. Besides, Joseph and Mary came to Bethlehem to be registered, following a decree of Roman Emperor Augustus. It’s hard to believe that an emperor would be given such a decree during winter, forcing his subjects to make long trips during cold weather of December.

So, we actually know nothing precise about Jesus Christ’s birth date. However, we will briefly analyse this possible natal chart. 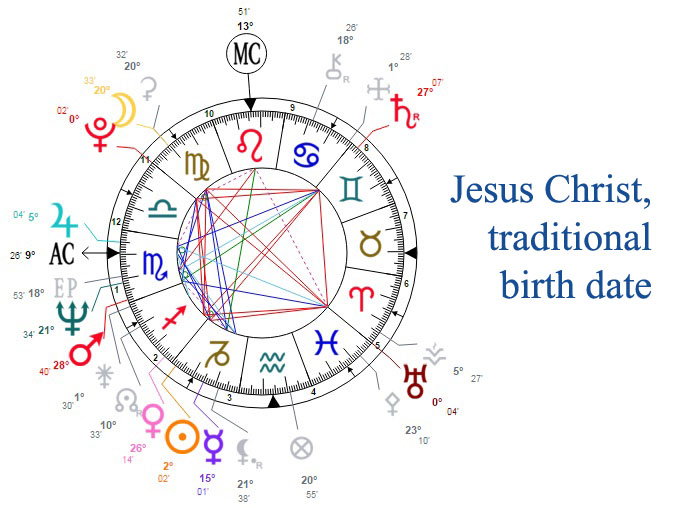 Sun and Mercury in Capricorn offer respect for tradition, remembering us what Jesus Christ said about the fulfilment of the Law: „Do not think that I have come to abolish the Law or the Prophets; I have not come to abolish them but to fulfil them“. (Matthew 5:17).

Ascendant, Mars and Jupiter in Scorpio explain the inner force of a man who spends 40 days in the desert and then confronts temptation.

But there is no planet in the sign of Pisces and only one asteroid – Pallas, representing, in astrology, abstract thinking and strategy skills. This is totally insufficient for the founder of a religion so much associated with the sign of Pisces.

There is another proposed date of birth that brings many planets in Pisces.

Jesus Christ Pisces (according to Astrotheme.com): I came not to call the Righteous, but Sinners to Repentance

According to astrotheme.com, Jesus Christ was born on February 28th, 7 BC, at 3:43 a.m. This is actually a supposition initially made on this website. 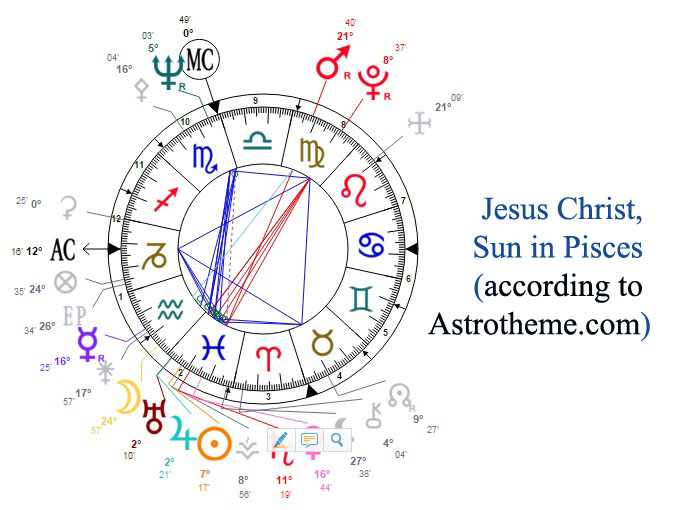 If we accept this proposed date of birth, Jesus Christ had Sun, Venus, Jupiter, Saturn, Uranus and Lilith in Pisces.

According to the same website, if you have natal Sun in Pisces, „your deep intuition and your extreme sensitivity allow you to perceive naturally what others understand through analysis“. It also offers you „a sharp intuition of underlying stakes, a sensitivity that turns «the spirit of the times» into a real compass“.

Venus in Pisces receives the following explanations: „your emotionalism is very strong and very unusual“; „you give yourself to persons who can understand and respect the fragile realm of your affectivity“.

The interpretation offered for Jupiter in Pisces seems to refer directly to what we know about Jesus Christ: „Jupiter in Pisces increases your natural generosity and your dedication capacity. Your empathy is strong and you are inclined to offer your strength and your enthusiasm to the most deprived people and to give unlimited assistance to others. Your imagination is powerful and your feelings may flare up easily: with your sensitivity on the alert and your unbridled affectivity, you belong to the category of people who intuitively detect other people’s sufferings and most valuable qualities of the heart, as if you were a human radar“.

Finally, Saturn in Pisces contradicts what was said about Jupiter in the same sign: „Saturn in Pisces limits your ability to feel other people’s emotions or to profusely express your own feelings. For this reason, you are less vulnerable but at the same time, you can revel in isolation. “

His revolutionary and visionary message, with such an impact on the future of all humanity, could be explained by his Moon and Mercury in Aquarius, while Node North in Taurus could say something about the main goal of a God incarnated on our material plan.

All these planets in Pisces remember us Jesus talking about the righteous and the sinners: „When Jesus heard it, he saith unto them, They that are whole have no need of the physician, but they that are sick: I came not to call the righteous, but sinners to repentance“. (Mark 2:17)

In a future post, we’ll analyse how sun and other planets in Pisces on the natal chart influenced the life and activity of some other important religious leaders. 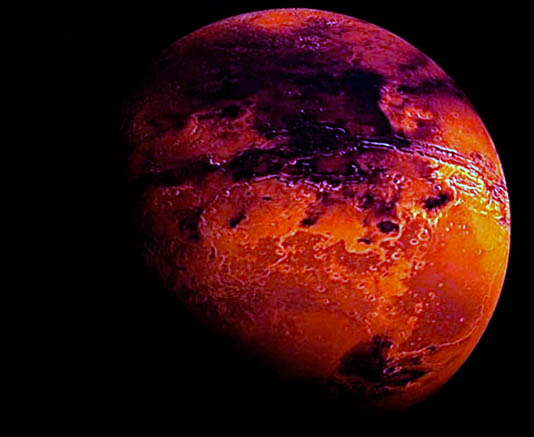 Share the post "Pisces and the Christian Fish: astrological symbols in the Gospels and Jesus’ date of birth"