All Tarot Masters consider The High Priestess one of the most important major arcana. A. E. Waite, creator of Rider-Waite tarot deck (and author of „The Pictorial Key to the Tarot“, in 1911), affirms that this card is „the highest and the holiest of the Greater Arcana“.


We show you why is this Arcana so important and how it is characterized by other important Tarot Masters: P. D. Ouspensky (author of „The Symbolism of the Tarot“, in 1913), Aleister Crowley (author of „The Book of Thoth“, in 1944) and Papus (author of „ The Tarot of the Bohemians “, in 1892).

Waite about the High Priestess: the highest and holiest of the Greater Arcana 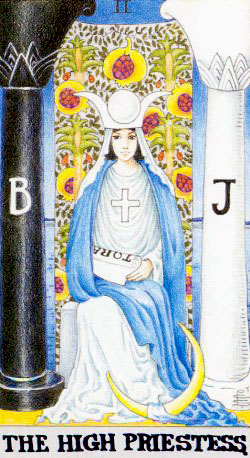 According to Waite’s book, „The Pictorial Key of the Tarot“, the divinatory meaning of the high Priestess can be revealed using the following words: „secrets, mystery, the future as yet unrevealed; the woman who interests the Querent, if male; the Querent herself, if female; silence, tenacity; mystery, wisdom, science“. Reversed, the High Priestess receives the following interpretation: „passion, moral or physical ardour, conceit, surface knowledge“.

In the chapter revealing „The Doctrine behind the Veil“, Waite affirms: „There are some respects in which this card is the highest and holiest of the Greater Arcana“.

There are some explanations of this apparently surprising affirmation: „ She has been called occult Science on the threshold of the Sanctuary of Isis, but she is really the Secret Church, the House which is of God and man. She represents also the Second Marriage of the Prince who is no longer of this world; she is the spiritual Bride and Mother, the daughter of the stars and the Higher Garden of Eden. She is, in fine, the Queen of the borrowed light, but this is the light of all. She is the Moon nourished by the milk of the Supernal Mother“.

Ouspensky about the High Priestess: the Hall of Wisdom

During his initiate journey, Ouspensky hears the voice of the High Priestess, telling him, without words:

„This is the Hall of Wisdom. No one can reveal it, no one can hide it. Like a flower it must grow and bloom in thy soul. If thou wouldst plant the seed of this flower in thy soul–learn to discern the real from the false. Listen only to the Voice that is soundless… Look only on that which is invisible, and remember that in thee thyself, is the Temple and the gate to it, and the mystery, and the initiation“.

Crowley about the High Priestess: possibility without any beginning of consummation 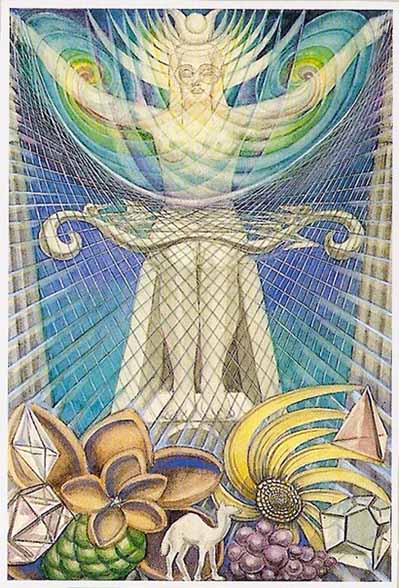 In „The Book of Thoth“, Aleister Crowley connects this major Arcana with the Moon and with the Hebrew letter Gimel.

We present here the most relevant statements of the English occultist and magician: 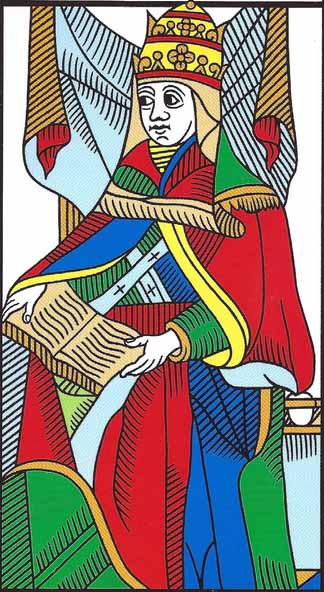 In „ The Tarot of the Bohemians “, Papus offers the following interpretation: „This is the picture of Isis, of Nature, whose veil must not be raised before the profane. The book indicates that the doctrines of Isis are bidden; but she divulges to the magi the secrets of the true Kabbalah, and of occult science. We must admire this profound symbol“.

Concerning the interpretation of this card at different levels, Papus affirms:

In Man it is the reflex of Adam of the absolute man: Eve, the woman, life (min). 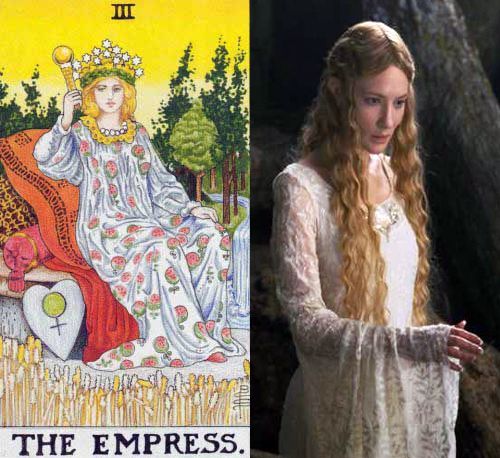 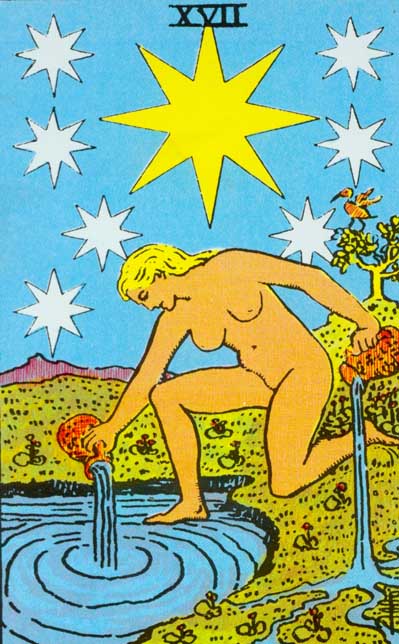 The Lovers: Interpretation and Meaning of the Tarot Major Arcana