Waite about the Magician: the Divine Motive in Man, reflecting God 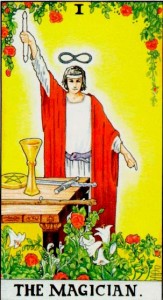 The divinatory meaning of the Magician is, according to A. E. Waite, expressed by the following words: „skill, diplomacy, address, subtlety; sickness, pain, loss, disaster, snares of enemies; self-confidence, will; the Querent, if male.“

When talking about the esoteric interpretation of the Magician, Waite tells us that: „this card signifies the divine motive in man, reflecting God, the will in the liberation of its union with that which is above. It is also the unity of individual being on all planes, and in a very high sense it is thought, in the fixation thereof“.

Ouspensky about the Magician: the Elements are Controlled by Him

After seeing this man clad in a purple mantle, Ouspenky hears a voice telling him:

„Look, this is the Great Magician!

With his hands he unites heaven and earth, and the four elements that form the world are controlled by him. The four symbols before him are the four letters of the name of God, the signs of the four elements, fire, water, air, earth”.

Crowley about the Magician: the Unity with the True Self and with God 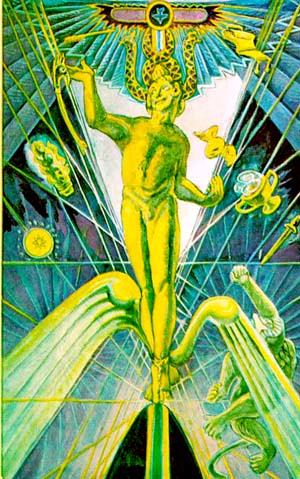 For Aleister Crowley, this major arcana’s name is „The Juggler“. He speaks about many aspects of this card, presented in connection with certain ancient spiritual and esoteric ideas:

Crowley also connects „the Juggler“ with the Hebrew letter Beth and with the planet Mercury.

Papus about the Magician: the Universal Mediator 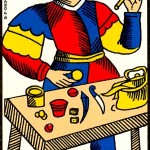 For Papus, the name of this first card of the Tarot is, also, „the Juggler“ and this is how he describes the man in the center of this Major Arcana: „Man with one hand seeks for God in heaven, with the other he plunges below, to call up the demon to himself, and thus unites the divine and the diabolic in humanity. In this way the Tarot shows us the rôle of universal mediator accorded to the Adam-Kadmon“. 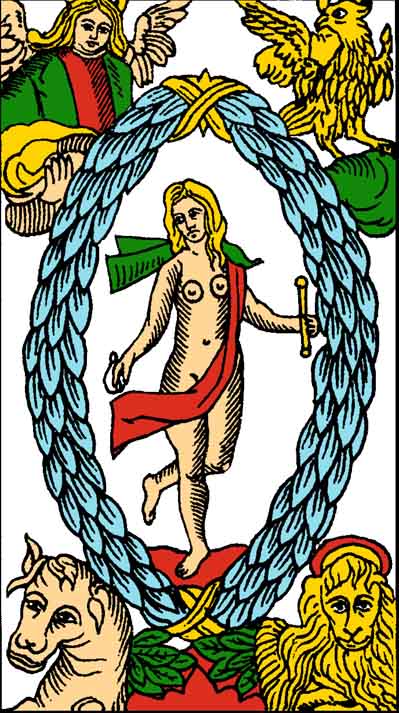 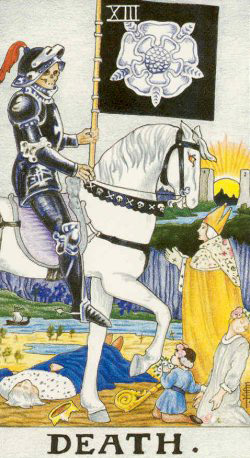 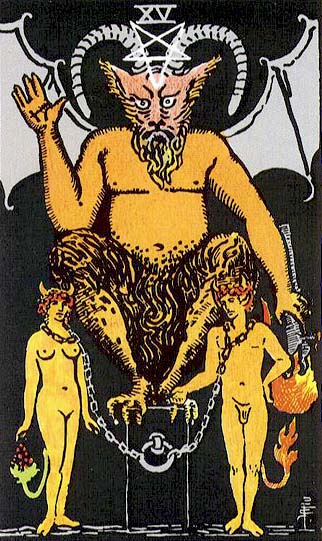